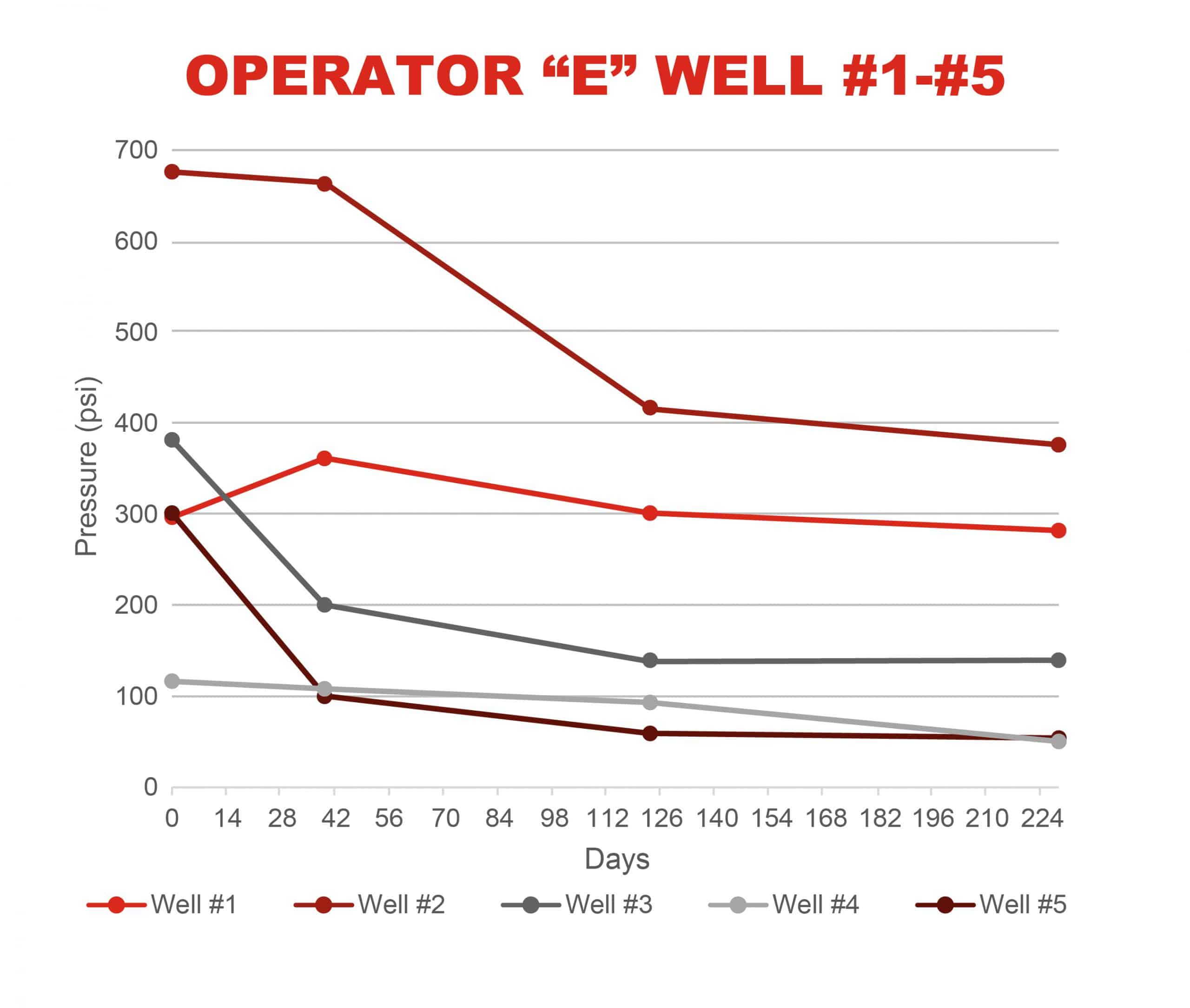 Candidate selection is a critical factor in obtaining effective and consistent Local Expander results. Factors such as expansion depth, the number of expansions and cement quality all will affect the success of the Local Expander service on individual wells.

This operator in Pennsylvania had an issue with backside pressure on several wells. The pressure was causing gas to flow up the annulus between the casing and cement. The gas flow exceeded limits set by the state for maximum gas flow. The operator had to stop production on the wells until the problem was addressed.

Renegade Services was called in to evaluate the wells and recommended the Local Expander™ tool to shut off the gas flow. Local Expander unique technology expands the casing into the cement, densifying the cement and stopping upward gas flow. The wells were at two locations, with one pad containing five wells and the second pad containing two wells. Pre-job well pressure ranged from 130 psi to 680 psi on the seven wells.

The Local Expander provided a successful remedy decreasing the unwanted gas flow. Renegade performed 12 expansions (four sets of three expansions) on each well. Upon reviewing the successful results, the Pennsylvania Department of Environment Protection (DEP) granted permission for the operator to return the well to production. With the success of these wells, the operator engaged Renegade and the Local Expander on ten more wells.

Let's start the conversation about how Renegade and the Local Expander can work for you.