Renegade continues its practice of bringing innovative technology to the oilfield with the introduction to the U.S. market of the Isealate™ patch. This new, patented self-expanding technology seals holes, cracks, splits and separations in downhole tubulars, casing and connectors. Deployed on conventional wireline, the Isealate patch is a proven alternative to existing patch and straddle products without any compromises or tradeoffs to the integrity of the pipe. This is accomplished with a minimum loss of tubular ID.

The patch consists of a thin sheath of metal—or patch—with a specially-designed epoxy applied to one side. The patch is designed to form several layers of steel and epoxy, creating a steel-epoxy laminate. The epoxy mix is specially designed based on the application and well conditions. Once coated with epoxy, the patch is rolled up and strapped in place with thin steel bands. 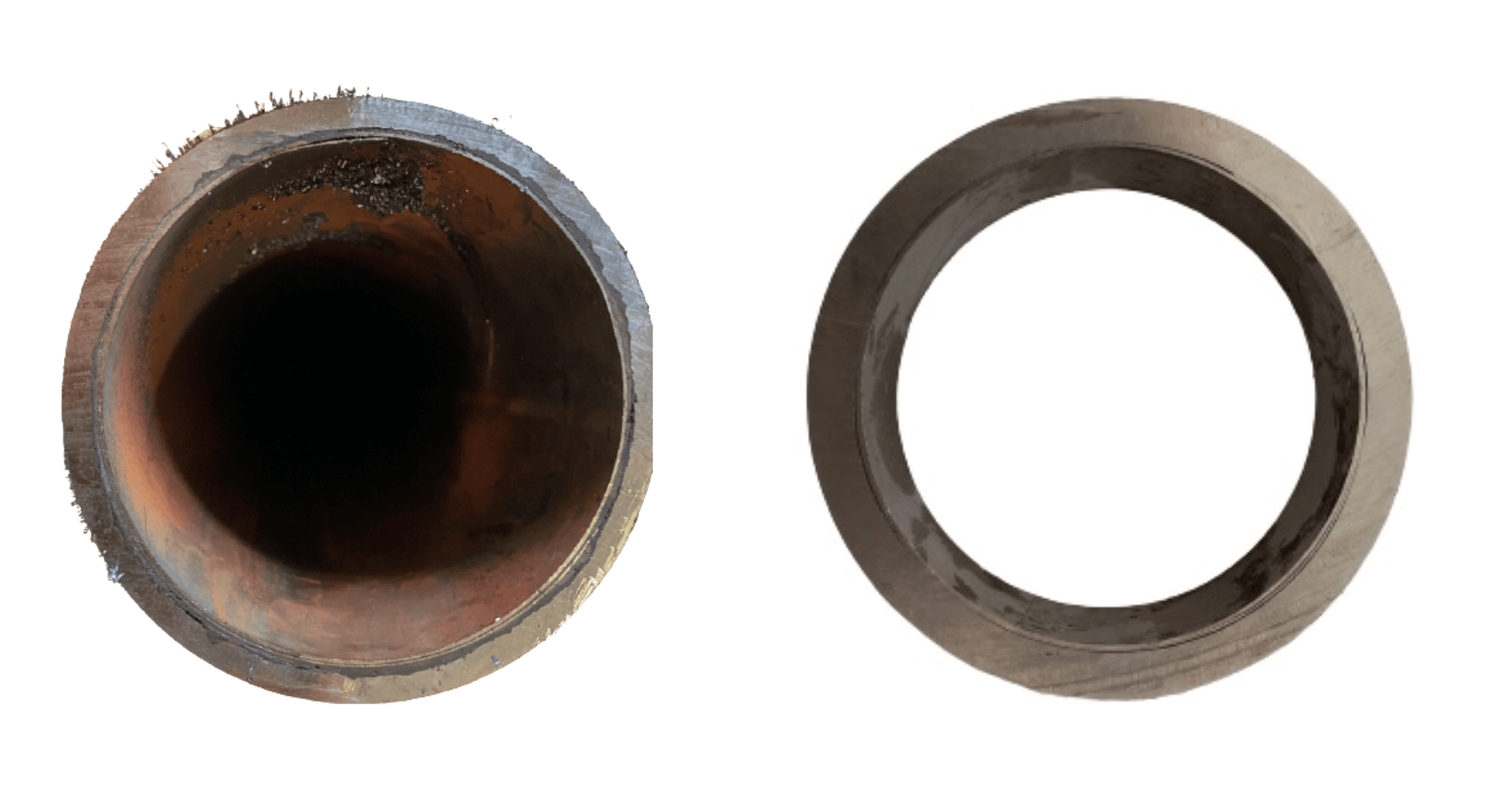 Once at the wellsite, the rolled patch is placed on the running tool. The running tool is deployed downhole on conventional wireline. Centralizers at top and bottom, center the tool in the borehole and protect the patch from the tubing/casing wall while being lowered into the well. The operation is monitored every step of the way from the surface.

When the running tool reaches the correct depth (the area to be sealed), the metal ‘patch’ tube is released via pressure from an inflatable packer. The self-expansion of the patch occurs due to the natural spring force of releasing the rolled patch. The patch ‘springs’ outward and bonds to the interior of the tubing. The packer is kept inflated for 60 minutes to set the epoxy and adhere the patch to the ID of the tubing. The resulting seal is equivalent to a conventional rubber packer. After 60 minutes, the packer is deflated and running tool pulled out of the hole, leaving a completely sealed section of pipe and with minimum loss of inner diameter.

Renegade Services has partnered with Isealate, a Norwegian company, to bring this new sealing technology to the United States. Developed under a Joint Industry Project (JIP) with Shell, Total and OGCT, the Isealate patch is an industry first. Starting 2019, the JIP included development of the patch and epoxy, development of the running tool and successful qualifying setting a 3-meter patch inside 4½- to 5½-inch pipe.

How can the Isealate Patch work for you?

As we introduce the technology to our customers and collect field data, we will send email correspondence to contacts on this list. Enter your email and name to keep up with this project.