Thirty-nine-year-old Sam VanLoon leads an interesting life. A Senior Engineer working out of the Renegade Mansfield, Pennsylvania location, Sam is getting ready to retire after serving for 22 years of active duty in the army and the Pennsylvania National Guard.

Originally from New York state, Sam moved to Mansfield, Pennsylvania in 1997 when he was 14. He has been living in Mansfield except when deployed by the military. He enlisted in the army in August 2000, when he was 17 years old. His parents had to sign a waiver allowing him to join.

Sam was serving at Fort Knox, Kentucky when 9/11 happened and the world changed. What followed were four tours of duty overseas, two each to Iraq and Afghanistan, the latest of which was a year in Iraq, ending in 2021. Sam’s current rank in the guard is Chief Warrant Officer 3 and his current role is flying Black Hawk helicopters.

He met his wife Kristin in 2008 in Afghanistan who was in the Air Force at the time. They are married and have four children, three boys and a girl. When Sam is not working with Renegade or serving in the National Guard, he keeps busy hunting, coaching and keeping track of four kids! 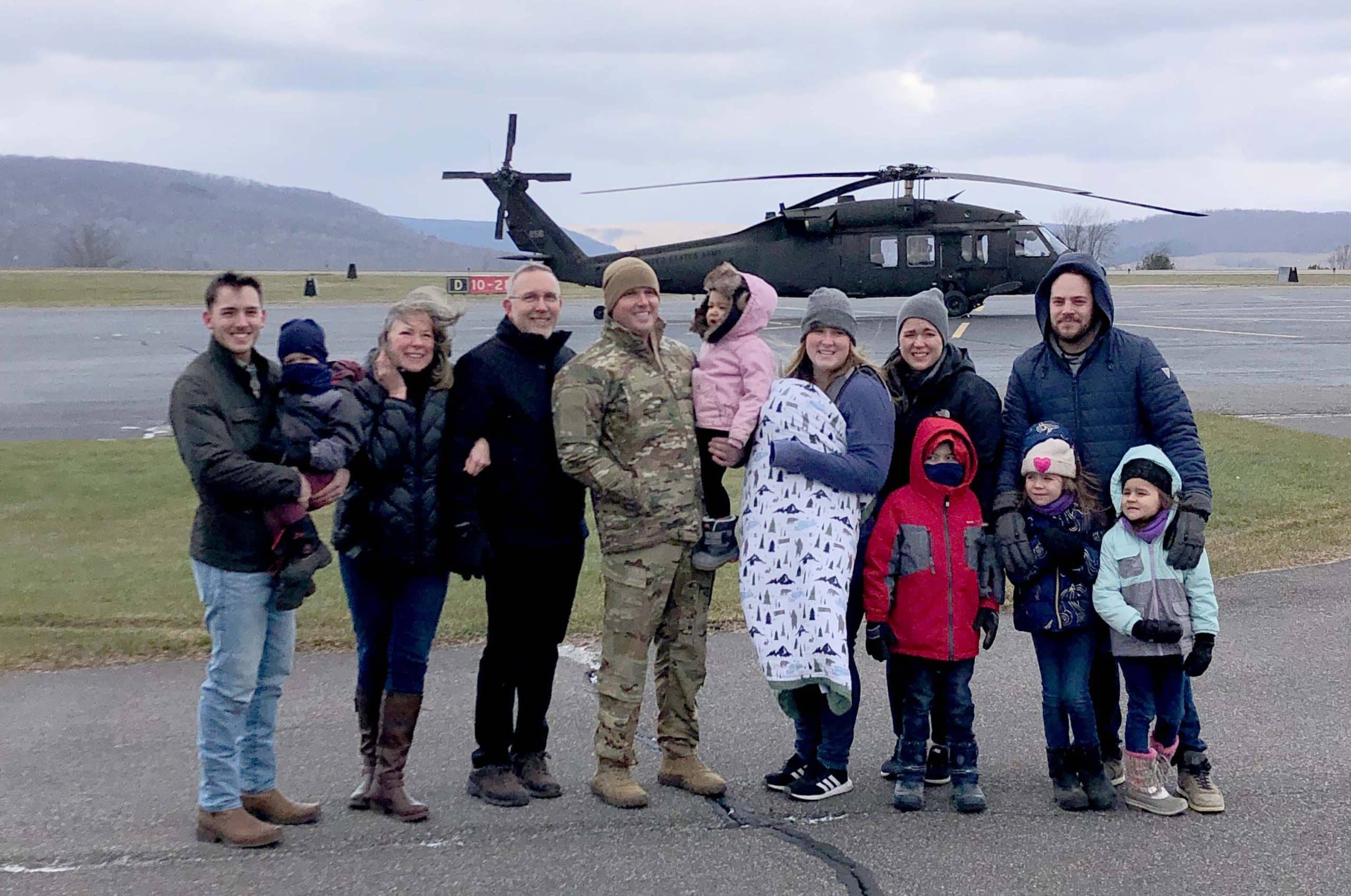 VanLoon began his second career with Renegade in August 2016 in Mansfield. He started out in slickline, expanded into production work and now specializes in vertical wells running cement bond logs, memory gauges, caliper logs and retrieving bridge plugs. He has also trained several personnel. He is currently a senior engineer.

“I have been serving in the Pennsylvania National Guard for almost 22 years, the last eight of which I have been flying the Black Hawk helicopter for the U.S. Army,” Van Loon said. “I am getting ready to retire from the military and its customary in the aviation industry that when you retire you get a ‘final flight’ where you can fly to see family, friends, etc. I flew into a small airport near Mansfield and then did some flyovers of the Renegade office. This was back in December.” You can see a short video of the flyover here.

“Sam has done an extraordinary job both serving his country and working for Renegade. He has always shown a 100% commitment in everything he does, whether at the job site, the office or coaching one of our local youth sports team. While we are proud of his duty to our country, we look forward to having Sam on our Renegade team all the time,” – North region manager lee cozby

To Sam and all the other Renegade veterans, Thank You for your service. 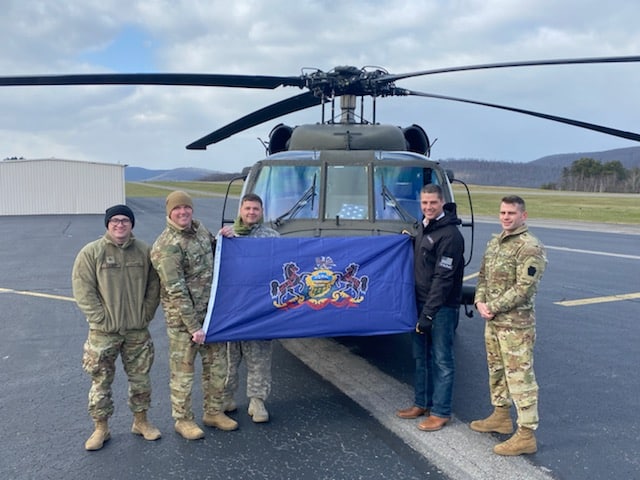